The city of Latina

A city near the sea and just few minutes from quaint towns rich in history and charm like Sermoneta and Norma. Its strategic location makes it perfect for any time of year, thanks to the climate, mild during the winter and temperate during the summer. Pleasure trip or duty that is, you can finally pull the plug, to dedicate time to satisfy you more in total tranquility that our Hotel guarantees.

Latina, was created with the original name of Littoria is one of the youngest cities in Italy, was founded in 1932 by Mussolini’s fascist regime during the reclamation of the Pontine marshes. In 1945 it took its present name in Latina. This city full of squares and structures inspired by the fascist regime sees as the city center, Piazza del Popolo, the heart of Littoria which was celebrated the foundation of that. Another city landmark is the Palace Emme an extensive project ever realized because of the outbreak of the Second World War, his plant has the shape of a large M, the initial of Mussolini.

Latina is in the heart of the Pontine marshes, in a mainly flat territory. The town is located a few kilometers from the Tirreno Sea and the mountain ranges of the Monti Lepini.

Its territory, among the largest in Lazio district, also includes several “foundation towns”, agricultural centers created during the draining of the marshes, which once covered it.

A part of its territory is part of the protected areas of Circeo National Park, where there is also Fogliano lake, of which it is the extreme northern edge.

The climate of Latina has the characteristics of the Tirreno average towns : relatively mild during the winter and temperate summer but with some continental tip. The highest temperature recorded in August 2007 at the weather station at Latina Airport, is still slightly higher than 40 ° C, while the more rigid, also registered recently (February 2008) is close to -6 ° C . L.  Since the founding of the town only four snowfalls have been recorded: in 1956, in 1985, in 2010 and 2011.

Within the municipality of Latina there are the so-called villages, small towns of foundation fate at the time of the reclamation to house the workers and the first settlers. These are:

There are other more or less developed agglomerations: 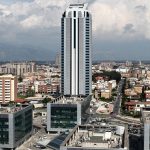 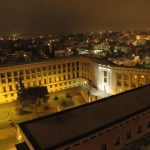 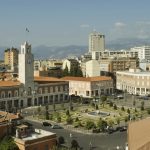 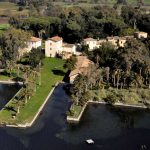 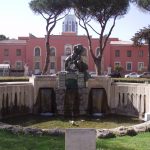 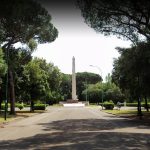