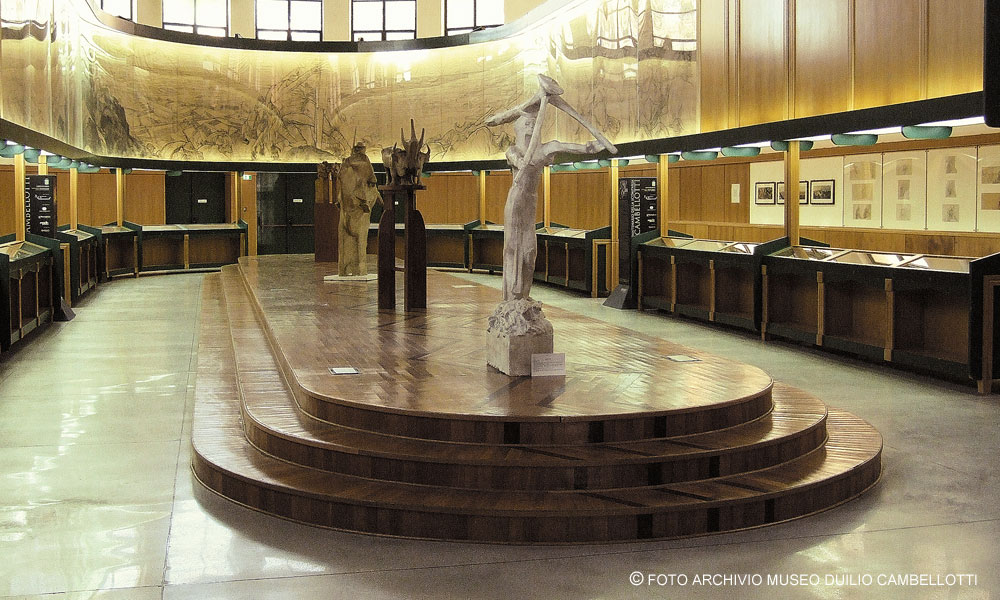 The museum is housed in the former National Balilla activity designed in 1932 by the architect Oriolo Frezzotti, present in one of the most significant square of Latin, Piazza San Marco. In the museum there are confirmed numerous sculptures, woodcuts, medals, drawings, ceramics, tempera and sculptures by Cambellotti. All testimonies documenting the living activity of the artist and his relationship with the Pontine territory. 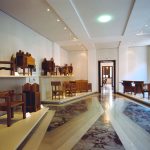 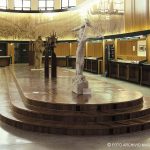 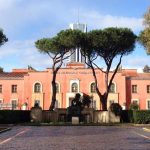 The museum offers at his visitors a wide documentation concerning art, with works by Cambellotti Carà, Romagnoli, Valeriana. A rich collection of historical photographs on the birth of Latina, at the time called Littoria, will allow you to travel through time without realizing it. Interesting and characteristic also a graphics section engraved by artists who have shaped the history of the twentieth century.

The Gallery was established in 1937 as an art Littoria’s gallery. Features the works that were donated to institutions and artists invited to the XX Venice Biennial and the Rome Quadrennial II, but the same were lost following the war events starting from ‘September 8, 1943. On December 18, 1994, the remaining works and those recovered by the Carabinieres were exposed permanently, in a temporary but useful context to an overhauled enjoyment. Since 1996 started a project of acquisitions through additional donations, to try a recomposition, filling the big gaps that had caused the dispersion and dilating the chronological original nucleus, to establish continuity in the necessary link with the contemporary art scene. The gallery is housed in seven rooms of the Palace of Culture and collects works of art that allow a path of Italian art between the two wars, favoring the thirties years. In 1999 was established a section of contemporary art, characterized by figurative arts, applied arts, photography and installations, with works from 1955 until today, representative of the movement artistic trends (to works of Attardi, Benetton, Biancini, Calabria, Cantatore, Cappellini, Cesetti, Dova, Fiume, Fontanella, Monachesi, Montanarini, Purificato,Quaglia, Sassu, Sciltian, Treccani); a representative core of the creativity of contemporary pontine artists is forming around the works of Bertoncin and Saltarin. Theaters for a pleasant evening enjoy an elegant and entertaining show at the Municipal Theater  G. D’Annunzio of Latina. Our staff will point you about hours and shows. Do you want to read? The city of Latina has mainly a wide and rich library in which to report, the Municipal Library “A. Manuzio “, in the heart of the center will offer you all your needs. According to your needs, our staff will give you the right advice.